Planning on doing some shopping in Brockville while you are visiting? Show your festival boarding passport when making purchases at participating local businesses to earn entries towards our grand prize draw! Enter for a chance to win a Customizable Up Paddleboard from Dirty Berty Boards  (valued at $3,000)- check out the board on site at the Downtown Brockville info booth during the festival. Check out the back of your tall ships festival brochure for an additional ballot – be sure to turn it in at the Downtown Brockville BIA booth to enter (no purchase necessary). 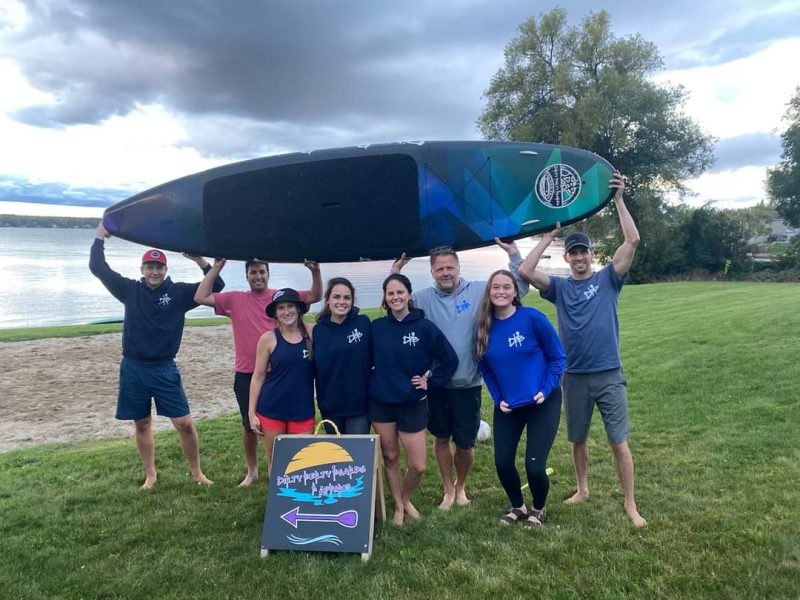 Additional ballots can be obtained at participating downtown businesses. Make a purchase and show your tall ships festival wristband to receive an additional ballot.

The draw will be held Sunday, June 26 at 5:00 pm on the festival site at the Downtown Brockville BIA booth. Click here for full contest details and updates.

Founded in the Heart of the 1000 Islands, the vision and mission behind Dirty Berty Boards is to promote an active lifestyle, encouraging fun outdoor adventures and making memories with friends on any waterway.

Our Canadian designed board company is independently owned and operated and takes pride in sourcing as many North American resources as possible. We seek to provide the customer with a sturdy, well crafted, durable, dependable, high-quality stand-up paddle board that can be enjoyed for years to come.

We offer creative designs and wraps, with each board being constructed with input and imagination from you, the purchaser.